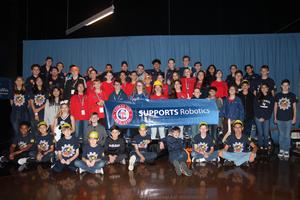 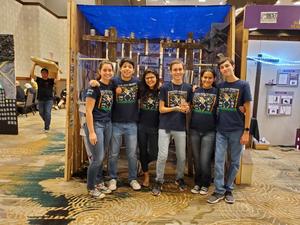 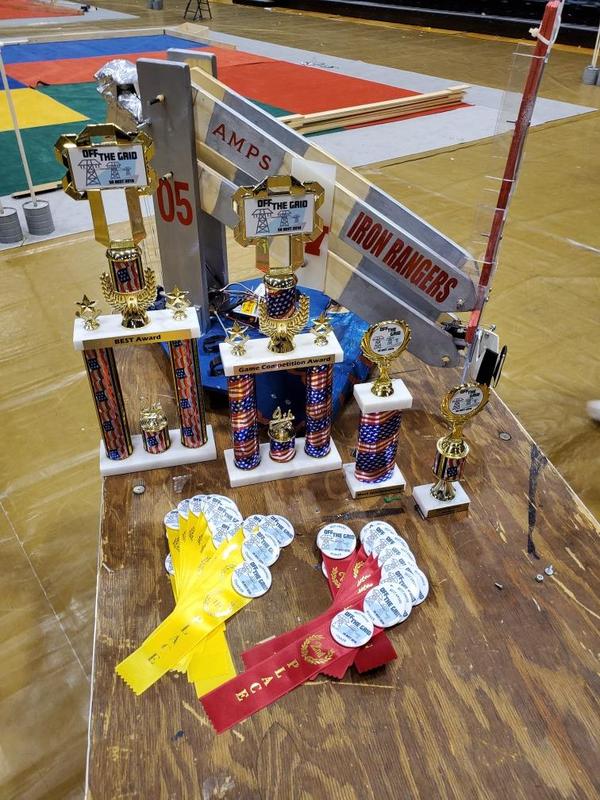 These teams along with other robotics teams in the district spent countless hours preparing for this contest which requires engineering, problem-solving and teamwork to be successful.

“The BEST Robotics competition helps inspire and teach students about STEM and prepares them for actual work experience through its expanded program of engineering, design, marketing and programming instead of just being about building a robot,” said Clinton Trowbridge, a social studies teacher and robotics advisor at SBMS.

The top three teams which advanced to state received honors during the qualifying meet known as SA BEST. The SVHS Iron Rangers placed second at the SA BEST meet with a score of 95.01 to qualify for the state meet. The team’s score was just a little more than half a point away from first place. In addition, the Iron Rangers placed fourth in the robot performance category and received the most sportsmanship award. During the state meet, the team placed third in the software design category and second in the most robust robot category, which is judged by the amount of maintenance needed between rounds.

The SBMS Wrangler Wrobotics team qualified for the state meet at SA BEST coming in seventh place and earning best table display and interview; and the SVMS Gearheads qualified in third place and earned best t-shirt design and best use of game theme.

BEST Robotics organizes annual robotics competitions in order to introduce middle and high school students the fields of science and engineering. Students are given a box of raw materials from which to build a machine and six weeks to design and construct it.

-Pictured are all three Comal ISD robotics teams which qualified and competed in the Texas BEST and UIL State Robotics Championship meet Dec. 5-7 in Frisco. Photo submitted by Jennifer Backlund.