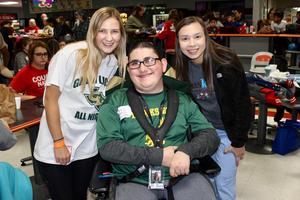 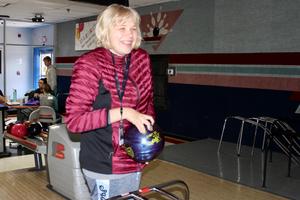 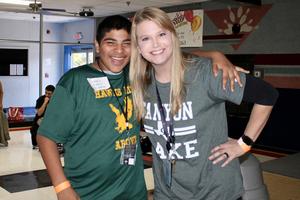 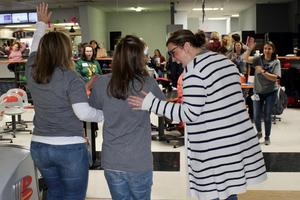 The sounds of bowling balls hitting pens, cheers and high-fives rang out during the annual bowling tournaments featuring the district's STAR athletes.

Approximately 179 middle and high school students from across the Comal Independent School District participated in the district’s 12th annual Specialized Training in Athletics and Recreation (STAR) bowling tournaments on Monday, Oct. 29, and Friday, Nov. 1, at Fiesta Lanes in New Braunfels.

These athletes look forward to this event every year, said Terry Werchan, who is certified in adapted physical education and the STAR head coach.

During the tournament, athletes are placed into teams by campuses and skill level. From opening ceremonies to the presentation of awards, the lanes are filled with laughter, high-fives, cheers and excitement as athletes roll strikes, get a few spares and enjoy time together.

This year marked the sixth anniversary for SVHS junior Macall Hamilton to participate in the bowling tournament, and she never gets tired of hearing her name called during the awards ceremony. In fact, the 16-year-old, who was diagnosed with autism at the age of 3, took first place in her division, and her signature smile was on full display when she accepted her gold medal.

“Macall gets excited when they call her name,” says Shonnie Hamilton, Macall’s mother, who attends every year to watch. “This is a great way for all students to be recognized and celebrated.”

Congratulations to all the STAR athletes!

-SVHS students and staff cheered and celebrated during the STAR bowling tournament.