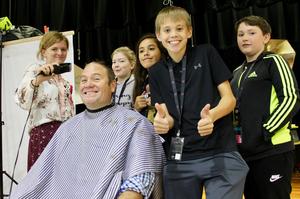 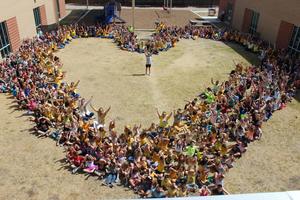 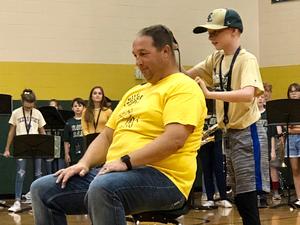 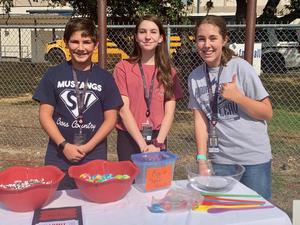 While the Comal Independent School District's "Gold" campaign for September's Childhood Cancer Awareness month has passed, results from campus campaigns across the district are just now being compiled, and the results are fantastic.

Campuses throughout the Comal Independent School District recognized September as Childhood Cancer Awareness month, and several hosted campaigns to raise funds for childhood cancer research and district students who are fighting the disease. Collectively, students raised a grand total of $12,046.32. Here are the results from some of those campaigns.

Mountain Valley Middle School raised $1,010.32 for Dell Children’s Blood & Cancer Center in Austin where one of their own students, Maureen ‘Mo’ Colligan, was treated for leukemia. Now an eighth grader, Mo was initially diagnosed with Ewing sarcoma in the spring of 2017 while in the fifth grade at Mountain Valley Elementary.

Oak Creek Elementary School hosted a Pennies for Patients campaign for the Leukemia and Lymphoma Society and raised a grand total of $4,029. OCES honored Church Hill Middle School eighth-grader Emma Wolter as its “hero” during the campaign. Emma was diagnosed with acute lymphoblastic leukemia (ALL) last December.

The Smithson Valley High School football team raised $6,242 through Touchdowns Against Cancer Across America placing third overall. Senior P.J. O’Toole raised $2,470 and placed third in individual rankings while his brother. Jacob O’Toole, raised $918 and placed seventh. P.J. was diagnosed with acute myeloid leukemia (AML) as a kindergarten student at BBES, and he and his family have been advocates for childhood cancer awareness ever since. Today, he is cancer free.

Smithson Valley Middle School hosted several opportunities to raise money for the Seth Strong Foundation and for one of its student’s, Sydney Pavlick, who is undergoing treatment for leukemia. Students raised $260.

-Spring Branch Middle School hosts a week-long Childhood Cancer Awareness Campaign every September with opportunities for students to donate money to help others who are fighting the disease. One of the most sought-after events is shaving the heads of teachers and administrators on campus. Pictured from left are seventh-grade students Jordyn Suggs, Aubree Pipkin, Sophia Pentecost, Jacob Hill and Andrew Schmidt, shaving the head of math teacher Richard “Scott” Herr.

-Smithson Valley Middle School hosted "Meet the Mustangs" in September and donated the proceeds to one of their own, a student who is battling a cancer diagnosis.