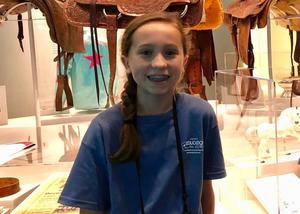 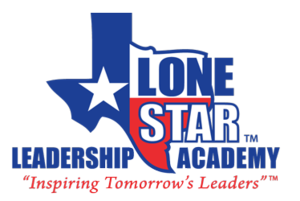 This summer 15 Comal ISD students, represented the district at the 2019 Lone Star Leadership Academy camps. These students were chosen for this honor by their teachers based on their leadership skills.

Fifteen students in the fourth through the eighth grade represented the Comal Independent School District this summer in the 2019 Lone Star Leadership Academy camps.

Nominated by their teachers, these young leaders were chosen to participate based on their leadership ability, academic success and involvement in school/community activities. The students representing communities across Texas traveled to Dallas/Ft. Worth, Austin/San Antonio and Houston/Galveston to take part in the camps.

During the weeklong, overnight camps, these distinguished students developed leadership skills while learning about the great state of Texas. Participants experienced what they are learning in school through visits to notable and historically significant Texas sites. Venues included places such as the U.S. Bureau of Engraving and Printing, the Fort Worth Stockyards National Historic District and the Sixth Floor Museum at Dealey Plaza in the Dallas/Ft. Worth area; the offices of participants’ state legislators at the Texas State Capitol, the Supreme Court of Texas, bat watching on the Lone Star Riverboat and the Alamo in Austin/San Antonio; and NASA, a boat tour of Galveston Bay with a marine biologist, the San Jacinto Battleground Monument and Moody Gardens in Houston/Galveston.

-Avery Hime, a seventh grade student at Mountain Valley Middle School, chose to attend the Dallas/Ft. Worth 2019 Lone Star Leadership Academy camp this summer, representing Comal ISD. She is pictured here at the National Cowgirl Museum in Ft. Worth.