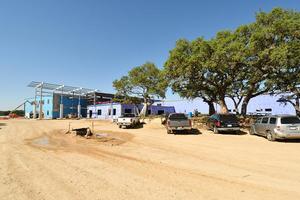 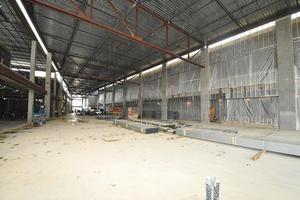 High School #4 finally has a name! Davenport High School is under construction on FM 3009 and Schoenthal Road in the Garden Ridge area.

The Comal Independent School District Board of Trustees voted unanimously to name the district’s new high school, Davenport High School. Currently under construction, on time and under budget, Davenport is scheduled to open in August 2020.

“Construction on this project is running on time and under budget thanks to the efforts of our contractor Bartlett Cocke, architect Huckabee and Comal ISD staff,” says Mike McCullar, Comal ISD executive director of construction and facilities management.

Located on FM 3009 and Schoenthal Road in the Garden Ridge area, the name pays homage to the area’s history, which was once called the Davenport Settlement and later changed to Bracken. In addition, the Davenport School in Bracken was among the first public schools in Comal County, opening in 1883 and educating local children for 73 years.

A Facility Name Recommendation Committee reviewed name nominations and submitted three name recommendations to the Board of Trustees. The other two recommendations were Bracken High School and Danville High School. The Board voted on the name during its monthly meeting on April 25.

The new school’s colors are maroon and white, and the Board of Trustees will vote on the school’s mascot during its next monthly meeting on May 23.

Davenport High is part of the 2017 bond package worth $263.5 million, which includes the construction of two new high schools, additional school busses, maintenance to existing facilities, the design for future elementary schools and the design for a future school-of-choice high school.

-A look at the construction of newly named Davenport High School currently under construction on FM 3009 and Schoenthal Road in the Garden Ridge area.

-A sneak peak inside the newly named Davenport High School.