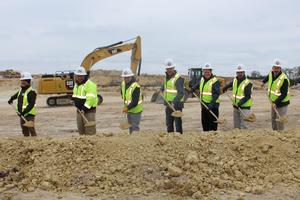 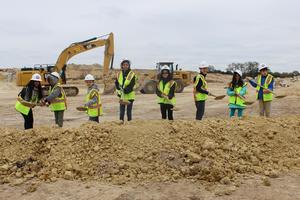 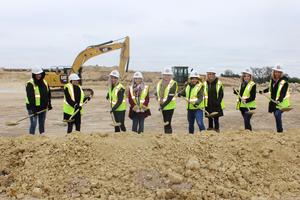 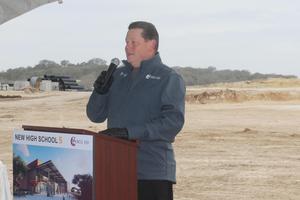 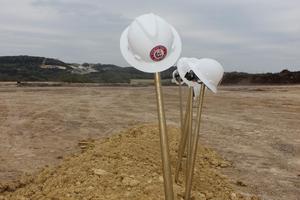 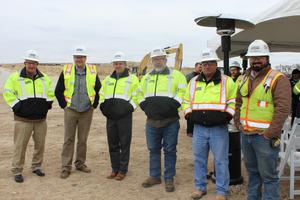 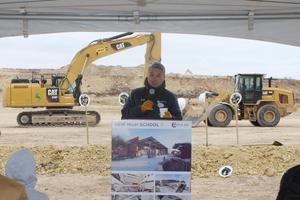 Those driving to Pieper Ranch Middle School daily have had a first-eye view of the progress being made to the land adjacent to PRMS, which has been undergoing quite a makeover since January. It turns out, the makeover has been the first step in preparing the land for Comal ISD’s newest high school, High School #5, and the official Groundbreaking Ceremony took place Monday, March 4.

Hosted by Architect Pfluger Associates, LP, and Contractor Bartlett Cocke General Contractors, the ceremony was on the chilly side with a temperature of 28-degrees, but that didn’t stop students, parents, school board trustees, district employees and more to attend and share in the excitement.

A small group of PRMS students who will be among the first to attend the newest school in the district along with Parent Teacher Association representatives donned hard hats and picked up gold shovels to make the groundbreaking official.

Superintendent Andrew Kim along with Bartlett spoke about the impact this new school will have once it opens in August 2021. Both thanked the community for supporting the 2017 school bond package, which made this newest school a reality.